Auto Locksmiths: the Unsung Heroes Among Us

They may not save lives daily or even put their lives on the line at all, but specialist car locksmiths are sometimes the unsung heroes we forget to recognize.

After you read this, however, you may never look upon this profession in quite the same light.  That’s because you’re about to learn how auto locksmiths are sometimes the ones who save the day, in ways you never imagined!

Sure, firefighters regularly dash into burning buildings to save people.  Sure, police officers deal with dangerous criminals all the time.  But sometimes…not often of course…a situation might just call for the services of an auto locksmith, and nobody else.

And their services can occasionally go far beyond simply helping a driver gain access to his car or helping him get back on the road.  They do those things every day of course, but once in a great while, auto locksmiths get to be heroes too.  Here’s how…

Sometimes car locksmiths are heroes…here’s why.

Take for instance, a case that occurred just this past week in Barrow. A young mother was finishing up her grocery shopping and headed out to the parking lot with her 15 month-old son and her bags of groceries.

She strapped her son into his car seat, then began organizing her bags, readying them to go into the car.  Her car lights flashed, and she looked up just in time to see her son, inside the car, holding the car keys.  He had just locked the doors!

With her son locked inside the car and holding the keys, the mother was frantic.  She and her friend, who had been grocery shopping too and was parked nearby, tried to get the boy to unlock the car.

Boy locked in car giggles.  Mom outside of car panics.

The boy liked pressing buttons, which is how he locked himself inside his mum’s car.  Naturally, the mother and her friend thought they could convince the toddler to press the other button, the one which unlocked the car.

Through pantomime and screaming through the car window at the happy tot, the two women did their best to get the boy to unlock the car by pressing the other button.  “No, the other button!” they kept telling the boy.

The boy, thinking it was all a game, laughed and laughed…but just wouldn’t press the right button.

He did, however, continue pressing “lock” on the car key fob.  Finally, he dropped the fob and it was out of reach because he was strapped into his seat.

First, AA was called in.

When it became clear she needed help rescuing her boy from the locked car, the mother called the AA.  She told her story but was informed they couldn’t get anyone out to her car for more than an hour.

Unable to wait that long, she asked them what her options were.  They told her to call the fire service.  She felt bad going to such extreme measures but there wasn’t really any choice, she felt.  They arrived in minutes, to her relief.

Next, the fire service was called in.

The Barrow Blue Watch arrived and this made the toddler in the car especially happy.  Completely unaware of his predicament and the danger it posed, the boy resumed giggling.

Had the boy been in real danger, or had be been in distress, the fire service would have not hesitated to break into the car.  They would have used force on the woman’s Audi and ended up doing quite a bit of damage.

What’s more, her A4 had a super high-tech security system.  Breaking in would cause all sorts of damage to that as well as the physical structure of the car.

The firefighters’ tools would damage the car in such a way that her repairs would become a major consideration.  Therefore, they advised her to use the services of an automotive locksmith.

The firefighters actually worked with a car locksmith regularly, so they called him to the scene.  He actually works with them at no cost (hero!).

Using airbags, wedges, and rods, the locksmith accomplished what nobody else could that day: he gained entry to the car without incurring one bit of damage.

He was able to open the woman’s car and the mum was reunited with her son…who by the way was still giggling!

And to top off his hero moment, the locksmith will be donating some locksmith equipment to the fire service.  And he’ll be stepping in and training them to use it. 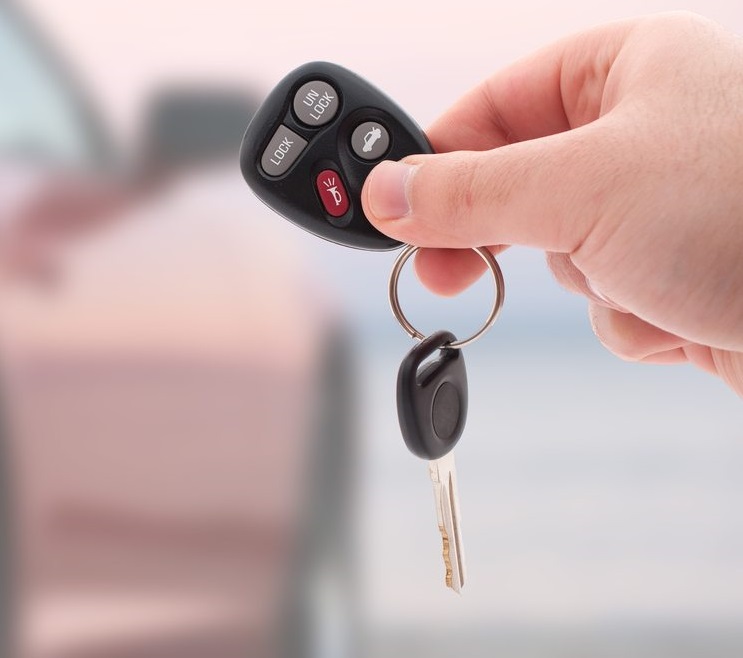 5 Ways To Get Replacement Car Keys

This Peugeot Driver Wishes He Had a Smart Key